In order to function optimally in today’s global society, students need to be able to view behavior through broad socio-cultural lenses.

The ability to understand a variety of perspectives and respond adaptively hinges on one’s propensity to grasp the importance and intricacy of culture. This course is designed to broaden students’ worldview and move them toward ethnorelativism, to increase their ability to function in the host country, and to incorporate greater cultural awareness into their lives upon their return. This study abroad experience aims to steer students toward a development of their inter-cultural competence through purposefully crafted experiences, in depth visits to cultural sites, and targeted interactions with the local population.

PARIS: France’s influence over the world still tends to stem from its capital city, Paris, often considered a standard bearer of culture and history. France is a very centralized country, both literally and figuratively. All railroads and expressways spread to the rest of the country from Paris, and it stands as the cultural capital of the country.

ARDÈCHE DEPARTMENT: It is known for its pre-historic caves, its unusual landscape, and renowned delicacy, chestnuts. The rhythm of the south is felt in picturesque villages, open markets, and stunning scenery.

DRÔME DEPARTMENT: Geographically, it is considered the border between the north (oak and pine trees) and the south (lavender and vines).

GRIGNAN: The first step into the Provence area is best represented by its craft of the “Santons de Provence” These clay figurines depict traditional trades, activities, and costumes of Provence; they “stem from the first living Nativity scene” (crèche) dating back to 1223.

SUZE-LA-ROUSSE: Wine is the 3rd largest national exporting economy; about 19% of the world’s wine is French, which makes France the leading global wine producer. The University of Wine is an oenological and agronomical school and laboratory set up in a historic environment (castle of Suze-la-Rousse).

GARD DEPARTMENT: This department of Languedoc (provence) was important during Roman times, evidenced by the amphitheaters and aqueducts.

AIGUES MORTES: This walled city was the first Mediterranean port of France and is built on the coastal marshland. The royal city of Saint Louis includes quadrilateral city walls including the famous Constance Tower.

AVIGNON: City renowned for its Palace of the Popes. In the 14th century, the palace symbolized the Christian West. Today the palace remains the largest Gothic single monument in the Western world (Vaucluse Department).

CAMARGUE: It is home to one of France’s 44 Regional Nature Parks. It is a site for conservation education where “bulls and horses make a real contribution to the ecological management of the Camargue.”

MONTPELLIER: This city, built over 1,000 years ago, is one of the fastest-growing cities in Europe. Since 1954 it has been Louisville’s sister city. It hosts the oldest still active medical university of the occidental world (Hérault Department) and it is famous for its many “luthiers.” 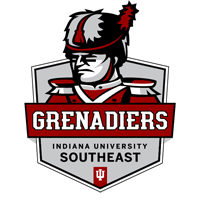 Where Do We Go From Here: IU Social Justice Conference (virtual)

Beyond Discussions: Options for Interaction