How can an internship apply to this degree?

All Physics Majors are encouraged to pursue an Internship. Though Internship (COAS-S399) is not required, students may use credit earned for an approved Academic Internship toward upper-level elective requirements for the Physics Degree. Speak with your Academic Advisor and the Career Development Internship Coordinator for more information.

For more detailed and extensive information regarding careers involving this major, please refer to the Career Development Center. 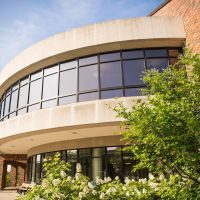